Men and women approach plastic surgery from different perspectives. For women plastic surgery is a rite of passage of sorts; cosmetic surgery is seen as just an extension of taking care of themselves and comes with minimal embarrassment. Men, however, are supposed to bear all of their scars and wrinkles as proof of their life experience; to remove them is to remove their past. Because of this something as simple as a facelift is seen as a challenge to the very idea of masculinity, and men are not prone to brag about the times that they have gone under the knife. There are ways of preserving one's masculinity during the preparation of plastic surgery.

Some Things To Consider

Because society places such an onus on men showing their scars as a physical manifestation of their life experience it can be hard for men to remove those signs. Because of that men try to hide any plastic surgery; it is usually just something that men do not brag about. Thus, while some men want to do so as a sign of status or because it just feels right, it is sometimes necessary to find ways to protect one's masculinity from the teasing and ridicule of other men. In that regard, a lot of the preparation for plastic surgery is the same as if the man is training for something or at least getting into shape, something that is usually a way to build respect from other men.

It is also advisable for men to discuss any exercise regimens or diets with their doctors. There may issues that they need to be aware that can make exercise or dieting a major problem, such as heart problems or dietary needs that the guy needs to keep in mind and may preclude full immersion into any new kind of regimen. An obvious example is that diabetics have to keep in mind blood sugar issues and that some common weight gain powders may pose a problem to them. As such always confer with a doctor before initiating some sort of new regimen.

The healthier a person is the better the odds of surviving surgery. While the odds of surviving any plastic surgery are pretty good already, there is always the possibility of scarring and other complications. The more fit a person is the less likely they are to have to worry about scarring and other complications occurring, making it something that men have some control over. As such men preparing for any form of cosmetic surgery are more likely to hit the gym as well as other means of preparation, such as massages and more time in the sauna; the goal here is that not only is physical fitness good but so is mental health.

The physical health checklist is relatively easy as it usually just means more time in the gym. This means more than just weight lifting, although that is a good start, as it is great for endurance as well as strength. Hitting the track is a good idea as well; jogging is great for not only for general endurance but also better breathing. It is also a good idea to hit the various machines so as to obtain the best possible workout, enduring that all the various muscle groups are hit. While all of these help with personal strength and endurance, they also help reduce body fat and make the skin more elastic, both of which help reduce the odds of scarring.

The mental health checklist is also worth checking off as the less stress you are dealing with the less likely you will have to deal with complications as well; the more relaxed you are going into operation, the less likely you will have to worry about infection and the easier will you go under. This means options such as massage and the sauna, both of which are great for muscle tone as well as skin flexibility. The sauna is also good for clearing up any skin problems. Suffice to say that learning some form of meditation is always a good thing, and so anything that teaches some form of meditation, be it tai chi, yoga, or even basic meditation is always a good thing.

One hallmark of increased health is a better diet. While there are a lot of great diets out there, men deal with just as many misconceptions when it comes to eating that women do; people are just way too willing to spread misinformation, especially when it is a company that relies on people buying whatever it is selling.

As such men need to check out any diet thoroughly before really getting into it. Some of the vegetarian diets definitely fall under that as well as any high -protein/high-carbohydrate diets. Just keep in mind that any diet can be good, but some are better than others.

Something to consider is that men are attracted to meat and not so much to vegetables. This means that men eating more vegetables, especially raw ones, will take a little more teasing from other guys when it comes to their new diets. It is just a matter of sticking it out and keeping in mind that if they did not like you then they would not tease you. Accepting that teasing is just part of protecting one's masculinity, and as such should be seen as part of the process. In short, by taking on healthier habits, getting more exercise, and learning to relax should be seen as not only life improvements but as protecting their masculinity during a facelift and so should be enjoyed as much as possible.

The Glasgold Group has a reputation for satisfying the plastic surgery needs of its New Jersey clients. They treat patients the way that they would like to treated: Professional and courteously, with an understanding of the stress that their clients are undergoing. The clients are also given all of the applicable information up front, allowing them to make the best possible decision. This also allows them to find the best solution for their situation, eschewing a "one size fits all" thinking and to maintain high levels of care so that any expectations are exceeded.

Please visit the Glasgold Group for a facelift in Princeton, NJ. You’ll be in the hands of professionals. 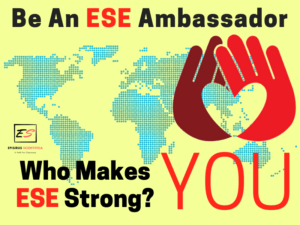